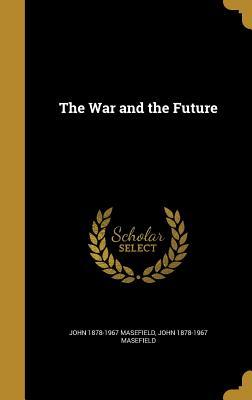 The War and the future By John Masefield

This book is a time capsule from the middle of World War 1, expressing hopes for a better future.

‘The War and the Future’ is a hundred pages long, containing a pair of lectures the author gave  during WWI. The first lecture was given on St. George’s day in England, and compares England to Saint George when George reluctantly fought and killed the dragon. The second lecture was given repeated throughout the United States in an effort to gin up US support in the war, and is something of a propaganda piece.

This was a fascinating read. As it is a time capsule, it reflects the age. For starters the author’s prose is decidedly archaic (for example he uses ‘for ever’ instead of ‘forever’). For another these lectures were given and this book was published in the waning months of the wars, 99 years ago. And while this book is old, it is not dry. It was a gripping read.

Now I must admit that this book was a propaganda piece written by a British author in favor of WWI. I have no idea if the author was sponsored by the War Office at the time, but as I read this I can’t help but think that the author plasters over some of the uglier parts of the war for his audience. Yes, he talks about some of the awful aspects of the war, but he also makes it sound like the soldiers at the front lines were having the times of their lives.

Would I recommend this book? If you are a WWI scholar, yes. Otherwise, no.