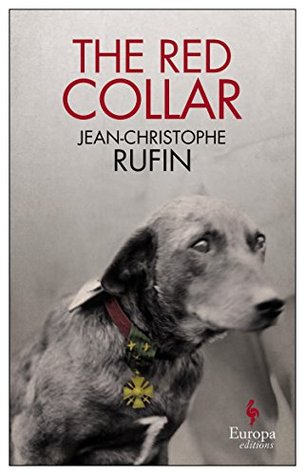 The Red Collar By Jean-Christophe Rufin

A tale of one loyal hound, a socialist and the officer investigating them

I really liked this book. Written by one of the founders of Doctors Without Borders, this short novel tells the anecdote of WWI.

The book’s focus is Morlac, a French hero of the trench wars of Eastern Europe, but the real star of the show is the unloved Wilhelm the dog. Wilhelm is Morlac’s unappreciated buddy, who survived with Morlac for years on the front line. Inexplicably Morlac hates his faithful dog. It is revealed that Wilhelm stopped Morlac from being a traitor to the French by throwing a wrench in the gears of a socialist uprising in the trenches. After the war is over Morlac insults the French Republic by bestowing all his medals publically upon Wilhelm, triggering the events of this book in order to get revenge on his cheating wife.

The setting and characters were fully fleshed out, with descriptions of the cheating wife’s gnarled hands and the assistant police officer’s ‘peasant eyes,’ which gave depth to a book which was otherwise quite brief.

I’ll be honest, this book was a bit rough. The prose was ‘alright,’ but I didn’t like the book’s structure. The structure of the book has literary merit, but I disliked it for the same reason that I disliked ‘Ancillary Justice:’ the reader doesn’t learn something all the characters know until the last ten pages. It left me feeling annoyed the entire time. Everything else about this book was a joy to read, but the fact that the author left me deliberately ignorant ticked me off.

This book is highly recommended. And yes, the dog lives.