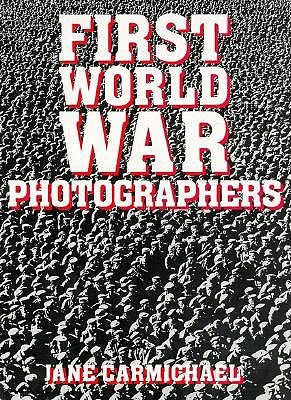 Description: Examines the work of the official, press and amateur photographers of World War I, reproducing over 100 photographs from the archives of the Imperial War Museum and making us aware of the operations of propaganda and journalism during the period.

The Untold Story of British Photographers of World War I

Written by the curator of the WWI Photography Museum, this book tells the story of the men who took the photos we still look at today, one hundred years later. This book explains the basics behind the photographic technology available at the time, the names of the men deployed around the world to photograph the various combat experiences and the political affiliations of the propaganda arm of the army.

This was a very niche book. I heartily enjoyed it, for it told the stories of individual people during WWI, which was something I haven’t seen thus-far in my research. But it was also not ultra-informative of the operation of the war at large, meaning the author didn’t discuss the ‘why’ behind the war itself, instead talking about the photographers of the war.