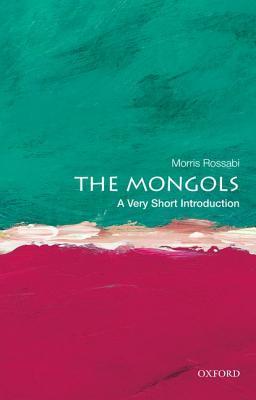 The Mongols by Morris Rossabi

In the thirteenth and fourteenth centuries, the Mongols carved out the largest land-based empire in world history, stretching from Korea to Russia in the north and from China to Syria in the south, and unleashing an unprecedented level of violence. But as Morris Rossabi reveals in this Very Short Introduction, within two generations of their bloody conquests, the Mongols evolved from conquerors and predators to wise rulers who devised policies to foster the economies of the lands they had subjugated. By adopting political and economic institutions familiar to the local populations and recruiting native officials, they won over many of their non-Mongol subjects. In addition, Mongol nobles were ardent patrons of art and culture, supporting the production of Chinese porcelains and textiles, Iranian tiles and illustrated manuscripts, and Russian metalwork. Perhaps most important, the peace imposed by the Mongols on much of Asia and their promotion of trade resulted in considerable interaction among merchants, scientists, artists, and missionaries of different ethnic groups–including Europeans. Modern Eurasian and perhaps global history starts with the Mongol empire.

A Short nonfiction book about the Mongolian Empire

This was a very short introduction to the history of the Mongolian Empire, from Chinngus Khan to the Yuan Dynasty, the Il-Khaganit, the Golden Horde and the Chingussid Empire.

I liked the balanced approach the author took, bringing up both the bad and good aspects of this empire- including the little known fact that the Mongolian Empires were patrons of the arts and fostered international trade.