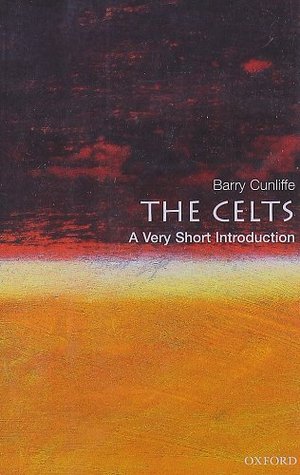 The Celts by Barry Cunliffe

Savage and bloodthirsty, or civilized and peaceable? The Celts have long been a subject of enormous fascination, speculation, and misunderstanding. From the ancient Romans to the present day, their real nature has been obscured by a tangled web of preconceived ideas and stereotypes.
Barry Cunliffe seeks to reveal this fascinating people for the first time, using an impressive range of evidence, and exploring subjects such as trade, migration, and the evolution of Celtic traditions. Along the way, he exposes the way in which society’s needs have shaped our visions of the Celts, and examines such colorful characters as St. Patrick, Cu Chulainn, and Boudica.

The Rise and Fall of a Forgotten Civilization

This book is a description of the archaeological evidence which was left behind by the ancient Celtic peoples of Europe. To be honest, this book was too dry for my taste (and given how high my tolerance for dry history books is, this is saying something). I managed to finish this book anyhow because it was so short. If it were another hundred pages I probably wouldn’t have finished this beast of a book.

Going into this I was expecting a precis about the Celts: what were their ancient customs and traditions, who were their gods and kings. That sort of thing. Instead I got a bare-bones discussion of what was discovered in ancient tombs and middens. It wasn’t bad at what it was: I don’t think I’ve read a better book about the archaeological study of anything. However I wanted something else than what this book was about.

This book’s main thesis is that there was no main Celtic nation back in the day, but that there was nonetheless a Celtic culture linking Ireland, Albion, France, Germany and Iberia. I think the author did a good job of proving his thesis with the evidence provided. He even went back in time and tried to show what happened to the civilization of the Celts after Roman and Norman invasions, which I appreciated.