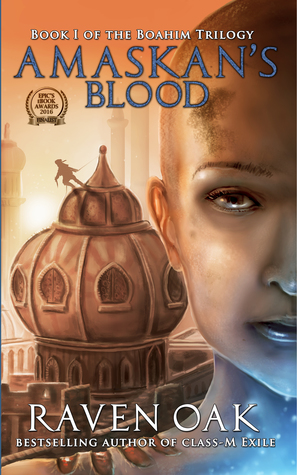 I received this book for free for the purpose of providing an unbiased review.

Let’s get this review started

I can Recommend this book, but with some reservations. If you’re a fan of books like ‘THRONE OF GLASS,’ you might find this enjoyable. I found this to be a very mature, slightly dark Coming-of-Age story.

Plot: The book has a fun assassin vs. assassin plotline, where the protagonist must defend her family from being killed. It had a sisters-learning-to-cooperate plot, which had emotional worth. Finally it had a pretty good combo mystery/marriage plotline.

Setting: The worldbuilding was pretty enjoyable. I like the United Nations-like Boahim Senate, the international governing body which holds a lot of political power. I’m a fan of Political Fantasy novels, and this certainly struck my fancy.

Characters: I liked the protagonist Adelei. Adelei was a reasonably deep main character who must come to terms with her professional honor and her familial affiliations when they come in conflict with one another. For Adelei, love and loyalty drive her in separate directions- and this conflict made for a dramatic character.

Pacing: And here’s where things kinda went downhill for me. This book has a slow start, and has a few boring places later on. The author relied too much on dialog to propel the narrative instead of action, which bogged things down. The slow pace wasn’t a fatal flaw, I was able to skim through the boring parts, but it did detract from my enjoyment some.

Prose: The prose in this coming-of-age novel was not as sharp as I would have liked. The author’s narrative voice was a bit bland, and at times purple.

Overall, I think this is a perfectly competent gateway novel to get into the Fantasy genre as a whole. I’ll admit it was a bit rough in places, but there’s diamond in that rough.

This is the author’s debut, so I’m inclined to give her the benefit of the doubt. I think that one day the author has the potential to become a successful mid-list author, so long as she buckles down and works hard on all aspects of her craft.