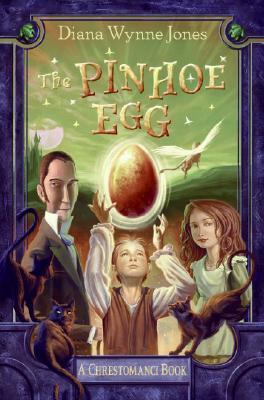 Marianne Learns to stand up for Herself

This is a re-read for me. I was going through my audiobook library, and decided that I was in the mood for a light read like this. If you are a parent and are looking for fiction for your 7-12 year old child to read, I suggest you give them this book or any of the other books in the Chrestomanci series.

Diana Wynne Jones is a master of children’s and YA fiction. While I won’t say this is her best work, she is a consistent author whose books are always enjoyable.  Her books never talk down to her readers, and always stress important messages like standing up for yourself and independence (but not too independent).

Her Chrestomanci books star Cat, a young boy who is just coming into his immense magical power. In this adventure, he struggles with a leadership role where he must help teach another protagonist, Marianne, about magic and friendship. Together they must raise a baby griffon, resolve a magical feud between two rival magic clans, defeat an ageless sorcerer and try to convince the adults around them that they actually matter.

I liked this book. It’s pacing was a bit slow and circuitous, wandering occasionally in unexpected directions and spilling into unusual outlets. However this slowness makes the final product stronger.

The characters are above average. They are independent-minded children who are constantly being harassed by those around them (including the adults in their life). Wynne Jones is really skilled at writing useless or evil adults, and this book is no different.

The setting is satisfactory, but not her best. Taking place in rural England on another planet, we get to see the sorta-magical, sorta-mundane world where the Chrestomanci guards the balance between life and magic. I think her other books are better in terms of setting (especially THE MERLIN CONSPIRACY/DEEP SECRET/A SUDDEN WILD MAGIC or THE DARK LORD OF DERKHOLM). Wynne Jones wrote some of the best settings in the genre, and while Chrestomanci is better than your average Urban Fantasy setting it’s not top 10.

Net total, check it out if you have a kid and want to read a book with them.