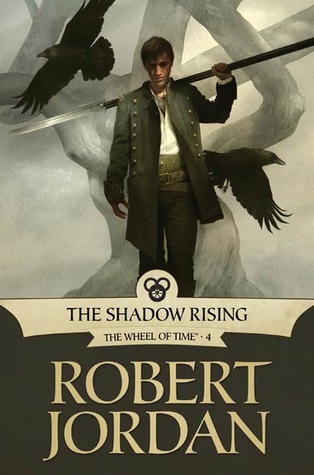 The Wheel Turns On…

I’m not going to invest too much effort into this review, because this is book 4 in a 14 book series. Me giving a review about book 4 won’t inform you much about the series as a whole. Besides, you probably already have an opinion about the Wheel of Time.

I think this is my favorite book in the series so far. I liked all of the plotlines, from the Tar Valon conspiracy, the defense of the Two Rivers, and the ‘He Who Comes with the Dawn’ plotline. The characters are mostly enjoyable and I liked how the author fleshed out the setting. The pacing is never bad, and even though it took me 3~ weeks to read this I never was bored or tempted to delete it from my phone.

If I were to describe this series (so far) it is the ultimate B-/B/B+ series. It’s at times great, but also has it’s moments of boredom or fluff which could be sharpened. It’s nothing to write home about, but if you’re in the mood for about 20,000 pages of Epic Fantasy the Wheel of Time series will provide countess hours of entertainment.

Now a bit of constructive criticism.

The Aiel as a culture don’t seem to have much cultural cohesion with the world around them, but instead seem super alien to the societies around them. Same goes for the Seanchan being super out of place in what would otherwise be a traditional Medieval European Fantasy setting.

These two civilizations simply do not make sense in terms of themselves or in the world around themselves. They seem to exist in a cultural vacuum with the rest of the world and don’t have any cultural cross pollination with even their nearest neighboring societies. This is a world where there is explicit trade and movement between civilizations (in the form of the Travelers and the seafolk as well as your regular merchants). There is no reason why there shouldn’t be cultural blending between nearby civilizations. Simply put, Medieval Stasis is strong in this setting and I don’t really like it.