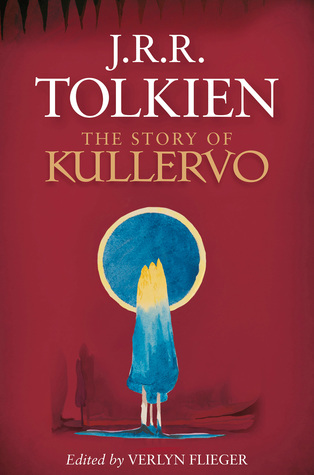 The Story of Kullervo By J. R. R. Tolkein

Description:
Kullervo, son of Kalervo, is perhaps the darkest and most tragic of all J.R.R. Tolkien’s characters. “Hapless Kullervo,” as Tolkien called him, is a luckless orphan boy with supernatural powers and a tragic destiny.

Brought up in the homestead of the dark magician Untamo, who killed his father, kidnapped his mother, and tried three times to kill him when he was still a boy, Kullervo is alone save for the love of his twin sister, Wanona, and the magical powers of the black dog Musti, who guards him. When Kullervo is sold into slavery he swears revenge on the magician, but he will learn that even at the point of vengeance there is no escape from the cruelest of fates.

Tolkien himself said that The Story of Kullervo was “the germ of my attempt to write legends of my own,” and was “a major matter in the legends of the First Age.” Tolkien’s Kullervo is the clear ancestor of Túrin Turambar, the tragic incestuous hero of The Silmarillion. Published with the author’s drafts, notes, and lecture essays on its source work, the Kalevala, The Story of Kullervo is a foundation stone in the structure of Tolkien’s invented world.
Genres: Fantasy, Fiction, Folklore, Mythology

This is one of J. R. R. Tolkein’s first written works, written in the middle of WWI.

This reminds me of the Epic of Gilgamesh or the Odyssey in it’s mythic aspects, more so than it reminds me of the Silmarillion. It’s a short story (only about 50 pages) coupled with one hundred pages of commentary provided by the editors who made this only partially completed story ready for the public view.

Did I like it?  Mostly. It was a bit boring and rough in parts. I did not like the overabundance of names everyone had (Kullervo also go by 2 or 3 other names). Also I feel as though I miss so much of the cultural context of this story that I’m unable to fully grasp it. I don’t know who the gods are that are referenced, nor the locations, nor the people. Imagine reading the Iliad, but you haven’t a clue about any of the Greek Gods or Heroes before you start. It was confusing.

Was it worth reading? Yes. But I’ll put it this way: I’m glad I got this from the library. It costs $10 on kindle, and in my opinion it doesn’t deserve that pricepoint. I know this is sacrilege when talking about Tolkein’s work, but this reads like a self-published imitation of Greek Mythology. It wasn’t great, and I don’t think this should be considered to be a mandatory part of the Tolkein legendarium.