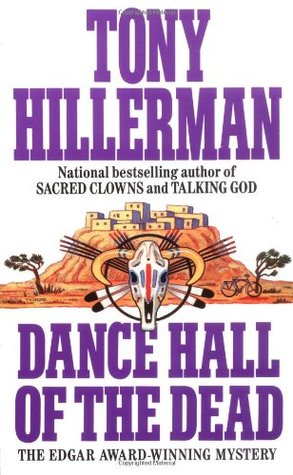 Dance Hall of the Dead by Tony Hillerman

Two Native-American boys have vanished into thin air, leaving a pool of blood behind them. Lieutenant Joe Leaphorn of the Navajo Tribal Police has no choice but to suspect the very worst, since the blood that stains the parched New Mexican ground once flowed through the veins of one of the missing, a young Zuñi. But his investigation into a terrible crime is being complicated by an important archaeological dig . . . and a steel hypodermic needle. And the unique laws and sacred religious rites of the Zuñi people are throwing impassable roadblocks in Leaphorn’s already twisted path, enabling a craven murderer to elude justice or, worse still, to kill again.

Two Native American Kids go missing, and a Pool of Blood is discovered

This is a re-read for me. The last time I read this was about fifteen years ago, so I don’t remember much.

The second book in the Leaphorn and Chee series of mysteries, DANCE HALL OF THE DEAD features a plethora of potential suspects, from sheepherding hippies to a Navajo boy who wishes he was Zuni to archaeologists who dearly want to prove their theories corrects… at any price.

Relying on both good old fashioned detectivework and understanding of the various cultural differences between the Zuni and Navajo people, Joe Leaphorn must find the body and the murderer before it is too late.