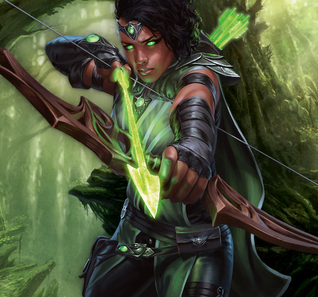 A Two for One Review for the Magic 2019 Fiction

With the release of Magic 2019, Wizards of the Coast published two novellettes: ‘Unbowed’ and ‘Chronicle of Bolas.’ I’m reviewing both here so as to not fill your feed with two minor reviews.

‘Chronicle of Bolas’ is the origin story of the archvillain of the Magic the Gathering game, the dragon Nicol Bolas. We are also introduced to his insane extended family of fire breathing never-do-wells. In a seven episode series, we witness the rise and fall of the Elder Dragons, set on a backdrop of the frozen tundras of Tarkir.

I enjoyed this novellette. The author displayed thematic symmetry by comparing the dragon twins of Bolas and Ugin with the Tarkir human twins. The characterization of the dragons was pretty good, but the characterization of the humans was a bit bland. The setting was great, for we got to compare the Elder Dragon wars of eras past with the wars of the Dragon Broods of modern day. The plot was strong and the pacing was so-so, in my opinion. It’s hard to tell a well paced story split into so many chunks and released one a week.

‘Unbowed’ is the introduction of the character Vivian Reed to the MtG cannon. The lone survivor of a dead planet destroyed by Bolas, Vivian is a willful character who has started wandering the multiverse looking for a purpose in life. When she becomes trapped on the planet of Ixilan, she finds that purpose.

I thought this novellette was the better of the two. Vivian is the more nuanced character than either Bolas or Ugin, making her a more interesting protagonist to follow. The plot was the more straightforward of the two, which isn’t necessarily a bad thing but in this case I did enjoy the plot of ‘Chronicle’ more. The pacing in ‘Unbowed’ was much, much better than the first, which was why I enjoyed it more.