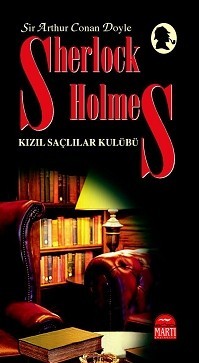 In The Redheaded League, Holmes is engaged upon two seemingly unrelated cases, a daring bank robbery and the disappearance of a pawnbroker’s assistant. Using minute details of the small mystery, he is able to solve the larger one. “Depend upon it,” says Holmes to Watson in A Case of Identity, “there is nothing so unnatural as the commonplace.” Holmes is as fascinated by the story of a common young woman whose groom has vanished on the way to the altar as he has been by the woes of kings. He sharpens his powers of detection by putting together scattered facts to form a powerful and unexpected accusation. Holmes tells Watson about one of his first cases, The Musgrave Ritual; one that helped make him famous. Two servants of an English nobleman disappear. By following a trail of obscure clues left behind in an old parchment, Holmes discovers the crown of a former King of England.

Here’s a short review for a short story.

The second Sherlock Holmes story ever written, this story is a refinement of the Holmes formula. It is much better than ‘A Study in Scarlet.’ Highly recommended.